Recover HDD Data Blog Your Hard Drive Is Unreliable. Your SSD Is a Time-Bomb

Your Hard Drive Is Unreliable. Your SSD Is a Time-Bomb

Dealing with failed hard disks, SSD drives and other storage media on a daily basis, it’s hard not to make a conclusion that, whatever storage media you’re using, it’s doomed. Why exactly are hard disks unreliable, what causes SSD drives to fail, and what can you do to minimize the chance you’ll ever need our services? Read along to find out! 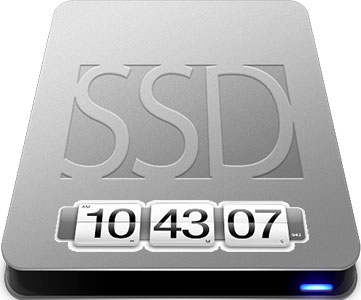 Hard drives are small masterpieces of precision mechanics. Even the cheapest, budget models are assembled with precision mechanical parts and tight tolerances – or else they won’t work at all. A tiny dust particle captured inside of the drive’s body with magnetic platters spinning with the speed of thousands RPM can literally cause a disaster. An accidental knock can throw the internal components off, dealing damage unproportioned to the cause. An electric surge, too high or too low temperatures or simply wear and tear can ruin the hard drive and cause huge data loss or even make the hard drive invisible to your computer. In order to keep your magnetic hard drive healthy, avoid mechanical shocks, high humidity and temperature extremes.

The advent of SSD drives with no spinning platters, no precision mechanics and no moving parts was a huge relieve. “Sure it’s expensive”, we thought. “It’ll get cheaper per gigabyte of storage soon. When it happens, the SSD will replace hard drives and rule the world”, we thought. Boy we were wrong!

Unlike traditional magnetic hard drives, SSD drives are much cheaper to make. They don’t need huge factories, clean rooms or precision adjustment equipment. Anyone can buy a controller and solder in BGA flash chips onto the circuit board and boom! – we have an SSD drive. Sure, the cost of flash chips is still higher than the cost of magnetic platters, but that’s not for long. Sooner or later (and my bet it’ll be rather sooner than later), flash memory will inevitably become cheaper than precision mechanics used in traditional hard drives. It’s the way progress works. It’s inevitable.

But is it a good thing?

Sure, SSD drives are faster, smaller and lighter than magnetic hard disks. They are much more robust, and they can survive bumps and knocks that would kill a regular hard drive. There’s no noise nor heat as they work, and SSD drives are much more energy-efficient comparing to magnetic hard drives (there are no motors to run or heavy metal platters to spin). It’s all rosy, right?

Well, apparently it isn’t. NAND-based solid-state storage has its share of problems. One of the major problems is finite life of NAND cells. Every time a flash cell is written to, a small but permanent damage is done, decreasing its lifespan somewhat. Depending on many factors (the manufacturing technology used, whether it’s an SLC, MLC or TLC, the quality of materials, the technological process etc.), a NAND cell may withstand between a hundred to about ten thousand write cycles.

Once the number of write cycles is reached, the SSD controller may or may not do something (again, depending on how the manufacturer decides to handle the situation). Some enterprise-grade SSD drives (such as those manufactured by Intel) will lock the entire SSD drive instantly once they reach their rated number of write cycles. That’s to prevent potential data loss. Some other SSD drives will mark cells that reached the end of their effective lifespan as read-only, while still allowing writing to other cells that are less worn. Some other devices will allow writing to flash cells way past the rated lifespan, and this may go on and on for far more cycles than the rated life.

The thing is, the more wear is put on a flash cell, the less time it can hold the data written to it. A brand-new, fresh of the box SSD drive can hold information written to it for as long as about 6 to 8 years (this is according to published estimates, as SSD drives in general have not been around for as long to actually test this claim). After 10,000 write cycles, the SSD drive is only guaranteed hold information (in powered-off state) for about 6 months, after which errors will start creeping. The more you write onto an SSD, the less reliable it becomes.

Okay, you might think. 10,000 write operations per cell is an awful lot. With a 256 GB SSD drive I’ll need to write… hmm… 2,5 exabytes of data before it becomes unreliable. Right?

Not quite. Unlike magnetic hard drives, SSD drives have a so-called “write amplification factor” (http://www.techspot.com/news/54107-understanding-ssds-why-ssds-hate-write-amplification.html). In order to prevent uneven wear to NAND flash cells, the SSD drive will attempt to distribute writes more or less equally among the cells (this is called wear leveling). If you only have 1 GB of free space on a 10 GB SSD drive, the SSD controller will not keep reusing flash cells belonging to that 1 GB address space. Instead, it’ll move static data to one of the cells with higher write cycle count, release cells with less write cycles, and use them to write new data. This is done internally, and is completely transparent to the OS. However, each such operation increases the number of write cycles put on the SSD drive in average. As a result, you can easily get 2 or 3 GB of writes per 1 GB of data you actually write onto the disk.

Still not convinced? Your system probably has a page file and a hibernation file stored on the system SSD (and that’s the right thing to do despite ill-based advises recommending moving your page file to a slow, noisy unresponsive magnetic hard disk).

With all that in mind, should we abandon SSD drives and move back to power-hungry, slow and noisy hard drives? No way. Once you get to the speed and responsiveness of an SSD, there’s no moving back. However, when storing large amounts of information that don’t require frequent access or instant loading times (such as your photo archive or video collection), you are still better off using a seemingly fragile magnetic hard drive.

2 Responses to Your Hard Drive Is Unreliable. Your SSD Is a Time-Bomb