Recover HDD Data Blog Windows File Systems: What You Need to Know (and Why)

Windows File Systems: What You Need to Know (and Why)

Did you know Windows Phone uses NTFS? Why most memory cards and nearly all USB pen drive are still using the ancient FAT? How come you can store full-length HD movies on some flash drives but not the others? Why some devices only support SDHC memory cards up to 32 GB, and what can be done to make them use a 64 GB SDXC? These and many other questions have to do with the type of a file system used by a particular storage device. But what does that has to do with Windows? Read along to discover 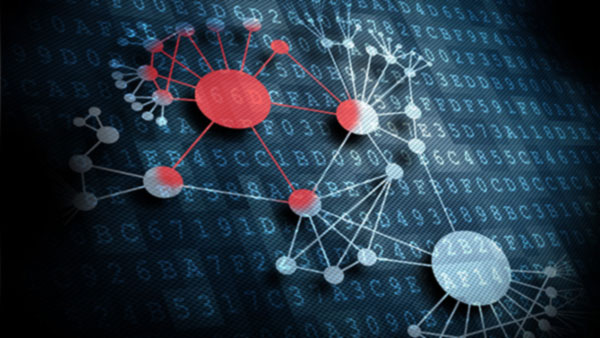 During the early days of personal computing (think text-based DOS boxes and diskettes), the only file system to use was FAT12. With the advent of hard drives capable of storing several megabytes of data (yes, that’s megabytes, not gigabytes!) a new version of FAT called FAT16 was introduced. This file system was carried along all the way through Windows 95, only receiving a minor refreshment to support for longer file names. In Windows 98, Microsoft added support for yet another new version of FAT called FAT32 to support larger hard drives (yes, by that time we already started counting disk space in gigabytes).

In the parallel universe of Windows NT, Microsoft has been using the New Technology File System, or NTFS, all along. Windows NT 4, Windows 2000, followed by Windows XP, Vista, Windows 7, 8, 8.1 and the new Windows 10 are all using the NTFS.

In yet another parallel universe of removable storage, you can choose between the still universal FAT32 (and possibly bump into its 4 GB max file size limitation) or format with the more recent, but not as widely supported (due to licensing restrictions) exFAT. By the way, exFAT is used as a file system of choice on all 64-GB and higher capacity SDXC cards.

So, at this time, we have three distinct families of file systems: the ancient, yet widely compatible FAT32, the new NTFS, and the freshly-designed, solid-state optimized exFAT. Which of these file systems to use, and when? And WHAT’S THE DIFFERENCE between them?

FAT32 is still the only file system to use if you’re on Windows 98 or Windows ME. FAT32 is a de-facto file system of choice for SD memory cards up to (and including) 32 GB. Finally, FAT32 is often used to format USB pen drive, including 64 GB units and those larger than 64 GB.

FAT32 is old and aged. Its most notorious limitations are well known. FAT32 only supports files no larger than 4 GB. If that sounds like a lot for a single file, consider that a single movie rip in full HD takes anywhere between 4.5 to 10 GB, and you’ll see how limiting this file system is for modern use. Its other limitations include no fail-safe support, absolutely no access control, no encryption, compression or fault tolerance.

In other words, it’s a perfectly simple and lightweight file system that fits right in with all the weak-CPU, simple-OS portable electronics such as digital cameras and camcorders, simple smartphones, MP3 players and similar devices. Due to its respectable age and wide popularity with

Windows since 1997, FAT32 is supported by pretty much everything including your fridge and coffee maker. In other words, if you want to carry a single removable storage device and make sure you can use it with anything you can plug it in, FAT32 is the way to go.

However, the limitations of FAT32 will not allow for effective use in modern computing environments. The lack of access control is one thing, the total absence of write journaling and any provisions for fault tolerance is another. The limited file size is a huge restriction as well. As a result, Microsoft introduced a new file system they called the New Technology File System, or NTFS.

The NTFS has everything the FAT lacks. Powerful access control options? Check. Fault tolerance and journaling? Absolutely. On-the-fly compression and encryption of individual files, folders and entire disk volumes? You’ve got it. Alternative data streams, fail-safe measures, backup copies of the file system itself and important system files and many more features are available. Since its initial release in 1994, the NTFS enjoyed gradual updates and up- and down-compatibility. Its great architectural design and straightforward implementation are still unmatched by other file systems even today. It’s universal enough to be used even in entry-level smartphones running Windows Phone 8 and 8.1. So if this is such a great file system, why doesn’t everyone use it?

As you may have expected, the NTFS is not without its drawbacks. Designed way back in 1994 for server-based operations, this file system always required a lot of processing power to maintain its many structures. Its write journals build up quickly, occupying precious space and putting extra load on those storage devices using NAND flash. Finally, if used on anything but large hard drives, its overhead is simply too great to allow for universal acceptance. Last but not least, the NTFS is patented by Microsoft, who are reluctant to license this file system to competitors.

To overcome the restrictions of FAT32 and mitigate the extra load placed by the NTFS on NAND flash based media, Microsoft has developed yet another file system called Extended FAT, or exFAT. This file system is heavily based on the same concept as the original FAT, only it’s now a true 64-bit file system without the file size limitation of FAT32. This is why exFAT is used as standard on larger SD cards (the SDXC standard requires all SD cards of 64 GB and larger to be formatted with exFAT). So if you buy a 64 GB microSDXC card, it’s going to carry exFAT… and for this reason alone, it may not be recognized by your smartphone or tablet.

The reason why exFAT did not replace the ancient FAT32 as of yet is licensing restrictions. Unlike FAT32 that is free for everyone to use without royalties, Microsoft collects licensing fees from manufacturers who wish to use exFAT in their devices. As a result, the makers of Android phones, low-level Android tablets and cheaper point-and-shoot cameras save a few cents of this licensing cost per device by opting to exclude exFAT from the list of supported file systems. As a result, if you insert your new 64 GB micro SD card into such a device, the card will most likely fail to mount.

Can you overcome this restriction? In most cases, you can do that quite easily. Simply connect your SD card to the PC via the card reader and format it with… you guessed it, FAT32! By doing so,

you’ll lose the ability to store files greater than 4 GB, but your memory card will most likely be recognized and work trouble-free in an Android device that claims support for SD cards only up to 32 GB.

(Note that some devices may just be too old to recognize SDXC memory cards on a physical level. While this has not been the case for many years now, *some* devices may still fail to support an SDXC card no matter which file system it comes with.)

Finally, all or nearly all tablets running Windows RT and the full version of Windows 8 or 8.1 support exFAT and recognize 64 GB and larger SD cards without a sweat.

Pretty much every Windows-based data recovery tool offers support for FAT32 and the NTFS. Tools supporting exFAT are far and between due to Microsoft’s licensing restrictions. One tool supporting all three Windows file systems is RS Partition Recovery.