Single-drive attached storage options such as personal clouds, USB 3.0 and SATA enclosures are becoming increasingly popular among home users and in small offices. WD, Buffalo, Shuttle, Synology, Qnap and many other manufacturers offer a wide range of sealed and removable-disk, single and multiple-bay solutions. Not all of these are created equal. Some solutions are inherently more feature-reach than others, and some models are more reliable than the rest of the crowd. However, even the most reliable storage will eventually fail or need replacement. In this article, we’ll have a look at what one can do to preserve (or recover) information stored in these systems. 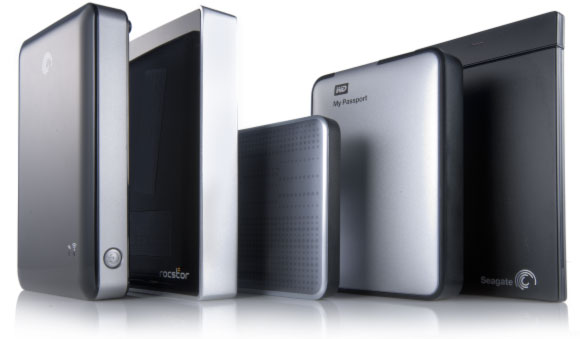 This type of attached storage is the simplest to deal with. Attached storage, external hard drives and enclosures are just cases equipped with simple microcontrollers to convert the drive’s SATA interface into USB 2.0, USB 3.0, eSATA, or FireWire. If an enclosure fails, you can easily take the actual hard drive out and connect it directly to your PC to run data recovery. However, if you’ve just deleted a bunch of files, formatted the disk or deleted partitions AND you have no trouble with the enclosure, you will not even need to take the disk out. Instead, simply connect your enclosure to a computer, install a data recovery tool such as Partition Recovery Software, and scan the disk for recoverable data. There’s not much else to say about this type of storage.

Unlike USB enclosures, Network Attached Storage (NAS) systems integrate storage media with what effectively is a computer. This combination allows the hard drive to become part of your local area network, stream videos and share files over the network. A simple microcontroller would not be sufficient to convert between SATA and Ethernet.

A computer built into NAS devices will usually run a variation of UNIX. Most probably you’ll have a version of Linux, FreeBSD or similar operating system. This is very important because running an alternative OS means that, internally, the disk will be formatted with an alternative file system. The most common file systems used in NAS storage systems are ext3, ext4 and XFS. If you’ve never heard of them, do not worry: these are standard file systems for Linux and BSD-based operating systems. However, should your NAS fail, you won’t be able to simply take the disk out, connect it to your PC and read off the files.

Instead, you’ll have to use a data recovery tools that supports ext3, ext4 or XFS. Very few data recovery tools on the market support anything other than FAT or NTFS, which limits your options in finding a good recovery tool severely. RS Partition Recovery is one of the tools supporting alternative file systems (ext3 and ext4, but not the more exotic XFS). If your NAS was using an XFS partition, your best bet would be installing a UNIX-based OS into a virtual machine and running the recovery from that environment.

So-called “data banks” are often promoted as perfect devices for backing up information on the go. Typically, such devices integrate a rechargeable battery (powerbank), a Wi-Fi hotspot and a USB (or micro USB) connection. Their main purpose is offering access to information and storage space of a high-capacity storage device (e.g. an SSD drive, MMS flash or a notebook-sized hard drive). Connectivity options typically include direct USB access. In addition, a wireless NAS server is often built in, allowing clients (such as tablets, laptops and smartphones) to connect to the storage for backing up pictures and videos, accessing photo albums or streaming movies. 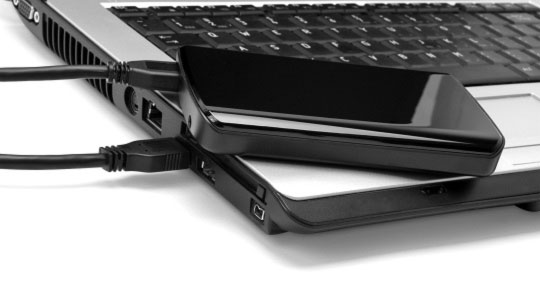 As you already know, if a storage device offers network connectivity, it must have a computer inside. These data banks usually have the simplest integrated circuit board to enable sharing of the disk content over the wireless network. However, since data banks must also maintain USB connectivity, the internal file system is usually simple FAT32 (which means no journaling, no access permissions, and no other things that every “real” NAS has by default).

Since these devices are usually not user-serviceable, one can rarely access physical storage media (e.g. the hard drive) without exercising a certain level of skill. As a result, if the device is still in a working state, the easiest recovery option is connecting the drive to a laptop or desktop PC, ensuring that a new drive letter appears, and running a data recovery tool such as RS Partition Recovery to undelete files or extract information from a corrupted partition.

If that’s not an option, you will need to physically remove the actual storage media (if it’s an SSD drive or laptop-sized hard drive), attach it to your computer and run the data recovery process. The procedure is exactly the same as in the case of single-bay NAS enclosures, only the actual storage device can be in a different (smaller) form factor. Note that the easiest way to attach laptop-sized hard drives and SSD drives to a PC is via a different (working) enclosure offering USB and/or eSATA connectivity options.