The solid-state storage technology has reached maturity. It does not mean that flash-based storage media is as robust or as reliable as traditional mechanical hard drives; it merely means that we’ve reached the point where SSD manufacturers are no longer working on improving the main qualities of their devices, instead concentrating their efforts on delivering more gigabytes per dollar. 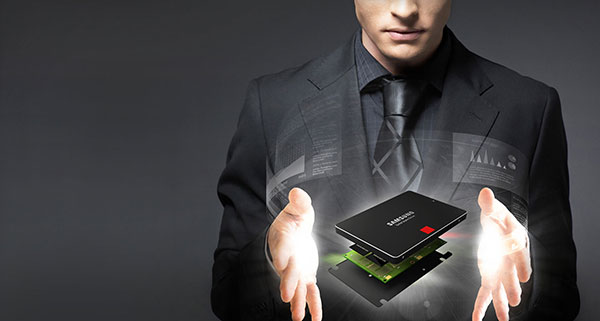 To remain competitive, manufacturers invented smart tricks allowing them to squeeze more gigabytes into their SSD drives without increasing costs. Some manufacturers used larger silicon dies (a lesser number of NAND chips can be used to achieve the required storage capacity), which unfortunately affects read and write speeds.

Other manufacturers tried to make more NAND chips out of a single silicon wafer by using the 14 nm technology instead of the 22 nm one. This does allow manufacturing NAND chips cheaper; however, this also leads to increased current leaks and reduced reliability (shorter retention period and reduced numbers of program-erase cycles per cell). Samsung, one of the largest SSD manufacturers, decided to use TLC technology in their budget SSD series instead of the traditional MLC.

TLC? What the heck is TLC, and why does it affect reliability?

Traditionally, a single NAND cell can be programmed with either 1 or 0, storing exactly one bit of information per cell. That was SLC, or Single Level Cell. SLC memory is the fastest and most reliable of them all, withstanding up to 100,000 program-erase cycles at three times the cost of the next-best memory, MLC.

MLC (Multi Level Cell) memory can retain two bits per cell. This is achieved by reading the current level (0, 1, 2 or 3) instead of simply checking if it is “there” (1) or “not there” (0) as in SLC cells. MLC memory is considered reliable enough for consumer-grade flash, withstanding about 10,000 program-erase cycles. MLC memory is used in all eMMC chips (smartphones, tablets), most memory cards (SDHC, SDXC, Compact Flash) and most consumer-grade SSD drives.

Finally, there’s TLC (Triple Level Cell). TLC cells store even more data compared to MLC (3 bits per cell), which makes them some 30% more cost effective compared to MLC. It also theoretically makes them about 3 times less reliable than MLC, with only about 3,000 program-erase cycles per cell. In other words, TLC is a lower-cost alternative to traditional MLC NAND memory whose purpose is to bump storage capacity at a reduced price.

Saving a whooping 30% to sacrifice measly 60% of reliability? YES! That’s the deal of the century! So some manufacturers (SanDisk and Samsung among them) jumped the bandwagon and started producing TLC-based SSD drives. Your ultrabook may be using one. Or if you’ve bought an EVO SSD from Samsung, you’re using one for sure.

(Note: not all TLC memory is bad. The latest 3D TLC used in Samsung’s 850 series SSD drives appears just as reliable as MLC according to initial reports). 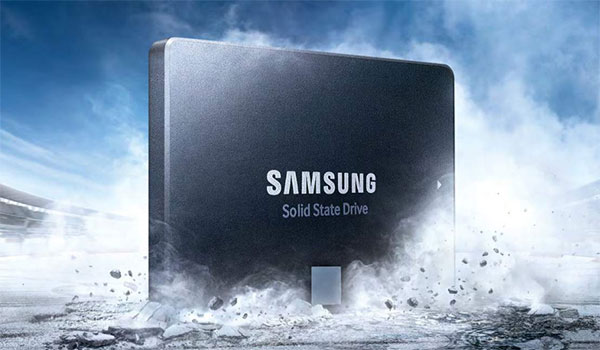 So what exactly happens if you bought a Samsung EVO 840 series SSD drive and used it for a while? It may fail. In fact, TLC drives fail considerably more often compared to their MLC counterparts.

What happens when an SSD drive fails? Depending on the root cause of the failure, you may be unable to read some data from that drive. This is the easiest one to correct; just download File Recovery Software and make an ISO image of the SSD drive (save a copy on your hard drive, which should be entirely possible considering how small most today’s SSD’s are). Once you have an ISO image, use Partition Recovery to extract files and folders. Even if your original SSD fails at this point, you’re not going to lose any more data that was already lost before it stopped working completely.

What happens if a bad flash cell happens to contain one of the disk’s system structures? If this is the case, you may get a mountable but unreadable disk (if the file system was corrupted), or in a worse case, a detectable but non-mountable device (if a partition table was damaged). If any of this happens to your SSD drive, you’ll need using Partition Recovery Software in order to locate the original partitions and recover data from the device. Note that you’re still better off making an ISO image of your SSD drive and performing all subsequent recovery operations on that ISO image.

Finally, we’ve been reported that some 840-series EVO drives failed without giving a prior warning. The failed devices will not show up in the list of available devices, will not display a drive letter and may or may not appear in the computer’s BIOS. In some cases, the drives suddenly become unreadable and unrecognized by the BIOS. If this is the case, no software-based tool can help recover information. Customers who’s drives are not recognized in BIOS are advised to look for a reputable data recovery lab that uses a combination of hardware and software (such as that developed by ACE in “ACE Announces Data Recovery Solution for Failed Samsung 840 EVO SSDs”).