Working in a data recovery company, we get to hear stories about people getting into trouble by trying to improve something. Whether experimenting with Windows registry tweaks or using a low-level defragmentation tool, these optimization attempts often end up in the hands of a data recovery company such as ours. 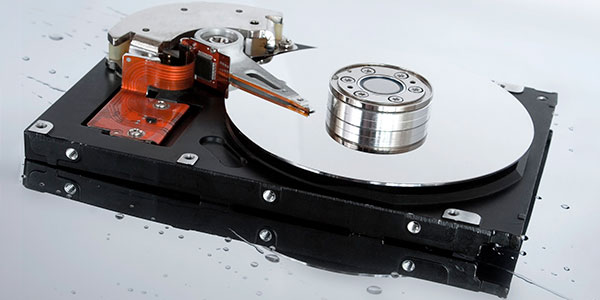 Today, we decided to sum up our experiences with hard drive optimization techniques, and figure out what to do and what to avoid.

The Different Types of Storage

One thing is for sure: what can be good for your hard drive can be deadly for an SSD, and vice versa. The two storage technologies, magnetic and solid-state, are worlds apart. Magnetic hard drives utilize completely different optimization techniques as compared to SSD drives. A good advice for a mechanical hard drive can quickly run down the disk if applied to an SSD drive.

To better understand what’s going on, let’s review the differences between magnetic and solid-state disks.

Magnetic hard drives rely on spinning platters and moving heads to store information. In order to read data, the hard drive (assuming it’s already spin up) has to position the reading heads over a certain area on the platters (which takes time), wait while the heads stabilize (which takes time), then read information (which, again, takes time). If you are trying to read a large file that is stored consecutively on the disk, the hard drive will only have to position the heads once, and read the content of the file by accessing consecutive sectors. Sequential reads are always the fastest on magnetic hard drives.

Now let’s say the file is fragmented, and the multiple data blocks belonging to a file are scattered around the platters. The hard drive will have to reposition the heads in order to read each fragment. Since every head movement takes time, the resulting read speed will suffer greatly compared to sequential read.

Our advice for magnetic hard drives:

Is defragmenting the disk a good advice for an SSD drive? No, and here’s why.

Unlike traditional magnetic hard drives, solid-state storage writes information into NAND flash chips. Those have no moving parts, which means that head positioning delays don’t exist. No matter how fragmented a large file is, an SSD drive will be able to read its content just as fast as if its content was stored consecutively. In fact, there is no “contiguous” space on SSD drives due to constant remapping and address translation.

As you can see, “defragmenting” an SSD drive makes no sense as actual data will be scattered randomly in the NAND chips anyways. However, early defragmentation tools still tried defragmenting solid-state drives. The consequences of this are severe. SSD drives have finite lifespan due to the limited number of write operations that can be performed to each data block. Since defragmenting the disk involves a lot of read-write operations, each defragmentation cycle can consume as much as 0.1% of your SSD’s effective lifespan (more than that on nearly full or smaller-size SSD drives).

DO NOT use third-party defragmentation tools on SSD drives, ever, regardless of the marketing claims made by their manufacturers.

Why did we mention “third-party” tools? Because Windows properly recognizes SSD drives since Windows 7, automatically refusing to defragment them. In Windows 8 and Windows 10, you get a built-in disk defragmentation tool that can actually optimize SSD drives without hurting their lifespan at all. On the contrary, the Windows 8 (Windows 10) optimization tool can improve write speeds and overall health of your SSD drive by trimming empty space. Since TRIM is an integral part of the Windows storage subsystem since Windows 7, manually trimming an SSD drive is not normally necessary.

However, setting your SSD drive to trim once a week (or once a month) can help put your SSD drive back in shape if there were broken write operations or file system errors. Importantly, trimming an SSD drive does NOT put any extra wear. This is a completely safe operation if you use proper tools such as the Windows defragmenter.

Our advice for SSD drives:

Over the years, we’ve seen a healthy number of poor advices on how to “optimize” performance or “improve” longevity of SSD drives. Some of them do little to enhance your SSD experience, and some do nothing at all. However, most of them come with severe drawbacks, limiting reliability or recoverability of your data or Windows installation.

Examples of particularly bad advices are easy to find. For example, http://www.disk-partition.com/kb/tips-ssd-optimization-windows7-2.html lists extremely bad advices that are much more likely to put you into trouble than to save your SSD drive.

Here are the bad advices.