A critical error “INACCESSIBLE BOOT DEVICE” causes a blue screen and prevents the system from booting normally? Below we will analyze the leading causes and methods of eliminating this error. 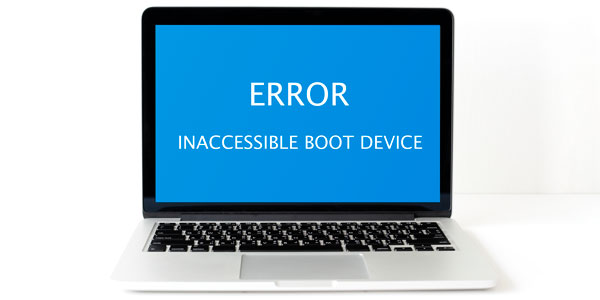 The «INACCESSIBLE_BOOT_DEVICE» error is a fairly common problem that Windows users have when booting the operating system. The essence of the error is that during the computer startup, the first thing that starts is the BIOS system, which automatically searches for the hard disk or another drive where the operating system is installed. If during the search, the BIOS is unable to detect Windows drives or fails to recognize the system location, the user will see the error “INACCESSIBLE_BOOT_DEVICE”.

The leading causes of the “INACCESSIBLE_BOOT_DEVICE” error

Error “INACCESSIBLE_BOOT_DEVICE” can be caused by many reasons that occur due to incorrect update or rollback of the operating system to the previous state.

In addition, the blue screen with the error may be a consequence:

Problems with operating system startup may occur after installing new updates or resetting the system . This problem can be corrected by merely starting Safe Mode or by using the boot recovery function. 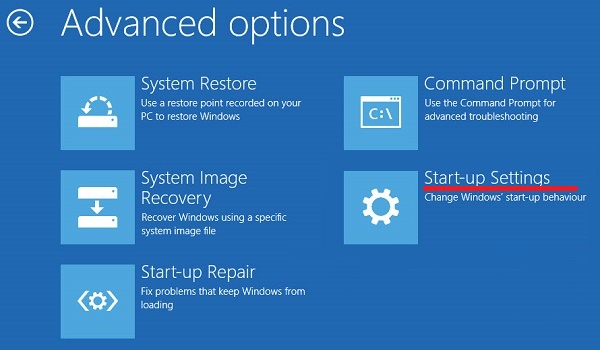 In the boot settings, you should press the “Restart” button, and at a new boot, the system will offer you to choose the options of work. To fix the error, you need the variant number 4 “Safe mode”. 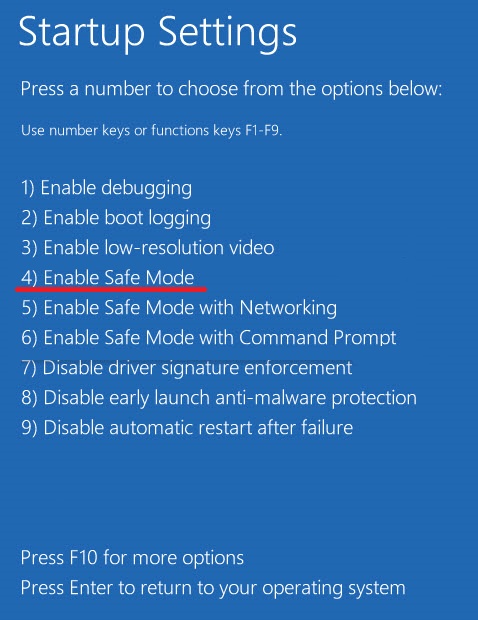 After booting in safe mode, you can restart your computer using “Start”, button and the system will start in normal mode.

If the problem has not been solved, you should try the “Start-up Repair” item in the “Advanced options” recovery menu. This method can also be useful in case of failures after upgrade or rollback. 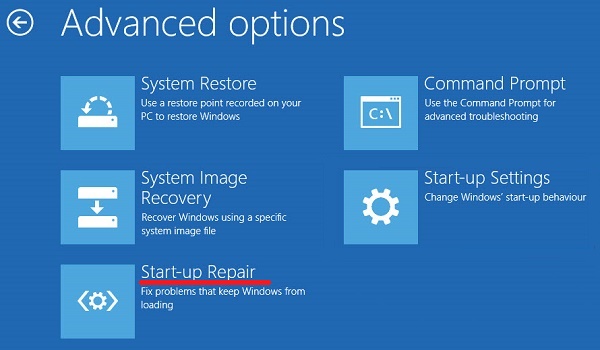 “INACCESSIBLE_BOOT_DEVICE” error after updating or resetting the BIOS

Many users have faced an error after updating their BIOS or changing its settings.

It should be noted that the most common reason for this problem is the changing the AHCI modes for SATA in the BIOS.

If this mode was changed in the BIOS with the operating system already installed, Windows will not be able to correctly recognize the drive and will generate an error «INACCESSIBLE_BOOT_DEVICE».

To fix this problem, just go to the BIOS and change the mode from AHCI to IDE or vice versa.

You can read about how to do this correctly in the corresponding article “How to enable AHCI mode for SATA in BIOS without reinstalling Windows”.

Often operating system boot errors can occur during physical damage to the drive or connection cables. It is strongly recommended to inspect the cables, connection ports, and hard drive status to avoid this problem.

It is possible that some components were misconnected during the cleaning process, which led to an error.

It is recommended to disable all third-party drives except where the system is installed after checking the connection of the components. If the error occurs again, you should boot up using the boot disk or bootable flash drive to restore the system.

After logging on to the Windows recovery environment, select “Troubleshoot”, and then on the next screen, go to “Advanced Options”. 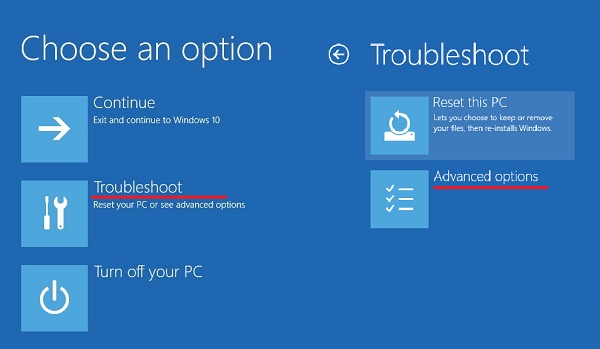 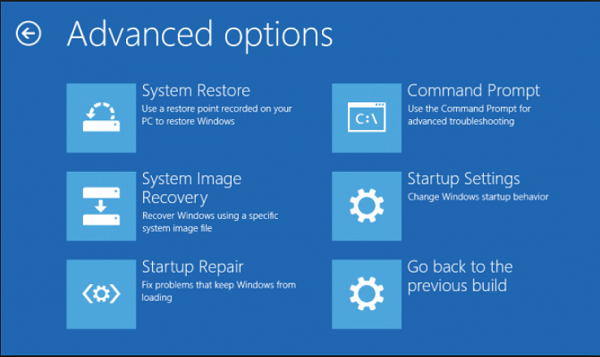 You can also select the “Command Prompt” mode here and use it to try to fix your system boot problems. You can learn more about recovery methods of the boot loader in the article “How to recover the Windows 10 boot loader”.

If the problem is not with the bootloader, in “Advanced options” select the command prompt and enter the command «chkdsk C: /r» one by one, to check the state of the drive.

What if nothing helped?

If the above methods did not help solve the problem, there might be physical damage to the hard drive or destruction of essential system data, needed for normal system performance.